There are many reasons a family may need a night nanny, whether it be due to illness, multiple births or post-natal depression. However, most new parents seek a night nanny to give themselves much needed respite from nocturnal visits to the nursery!

A night nanny, similar to maternity nurse, is generally used during the first 3-6 months of a newborn’s life, often until the point when they are able to sleep through the night. The early weeks are the hardest as the baby will wake up often to feed and will have no set routine. As a night nanny, I can help to provide a good night’s sleep for parents during this time as well as giving advice on issues such as feeding, sleeping, colic and reflex. In addition, a night nanny will ensure the foundations for a good routine are laid to suit both the baby’s and the family’s needs, which can be followed and used to help a family continue having restful nights long after the night nanny has gone! 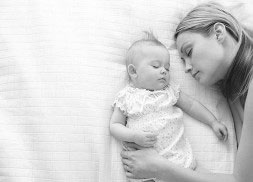 The frequency at which a night nanny is used varies from family to family as each has needs as unique as their precious new bundle of joy. A night nanny can be used from 1 to 5 nights per week dependent on your circumstances and wishes, with typical hours between 9-10pm and 6-7am, though I can arrive earlier to help and advise with bedtime routines.